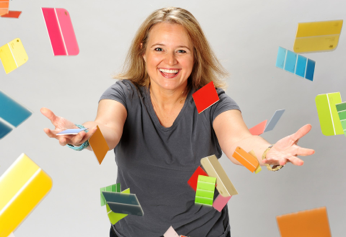 A perfect blend of traditional design and whimsical style, Amie Freling-Brown merits a large and dedicated following as a designer and artist.  She shares her signature blend of patterns and colors with clients ranging from restaurants and businesses to residential homes of all sizes.  Her line of decorative hardware is carried by True Value Hardware and original line of home accessories has sold in retail stores nationwide including Nordstroms.  When Amie is not updating her blog or working as a contributing design editor for her local newspaper,  she is at work on her next great creation. Her works have been featured on HGTV and in national magazines Paint Decor by Better Homes and Gardens, Rochester Magazine, HOME, and Experience Progress.  Amie’s nursery design was a HGTV/Sherwin Williams DIY contest winner – a full page article on her winning design is featured in the October 2013 issue of HGTV Home magazine. 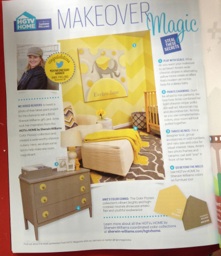 Each and every client represents a new adventure for Amie, whose lifelong passion for design ultimately led to the opening of her own studio in 1989. Meme Hill Studio was named after her grandparents, a woodworker and art teacher respectively, who influenced her as a child and strongly encouraged her creative development. Today she proudly offers such professional services as Interior Design, color consultation, murals, custom faux finishes, furniture painting and more.

“‘I love when the client gets excited,” says Amie, who studied illustration at Syracuse University and previously served as art director for a Washington D.C.-based magazine. ‘”I love creating happy, inviting niches in homes and businesses.”

With social media offering a wide platform for promotion and dissemination of information, this handful of Rochesterians have found a national audience for their work and life through Instagram. Here are five top Instagram influencers you should know. Read the full article. 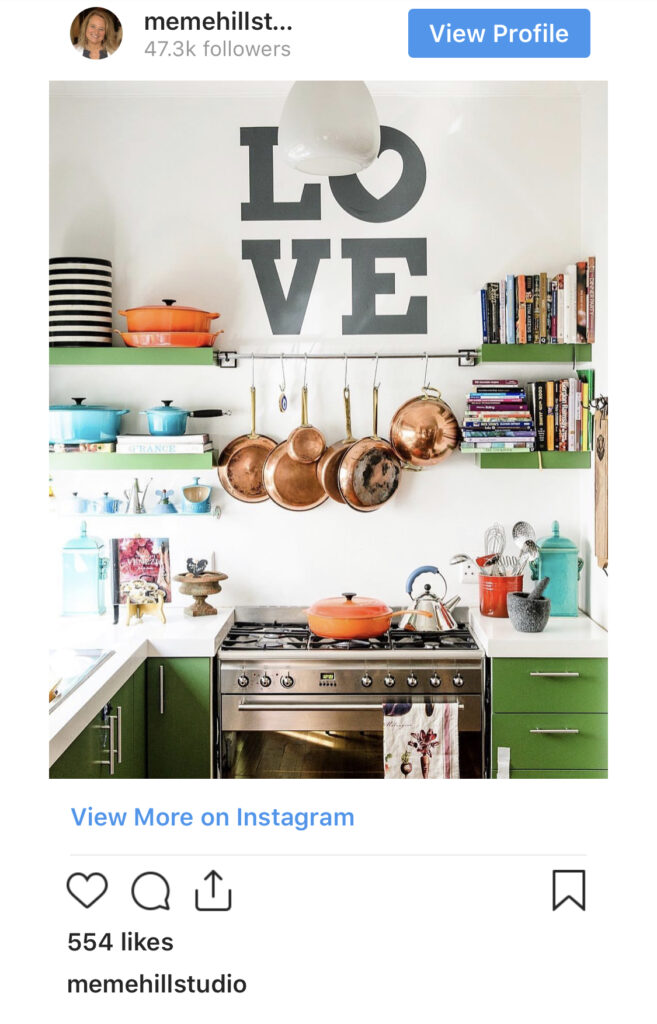 Pittsford’s Amie Freling-Brown jumped on Instagram as a way to monitor her daughter and then developed a following of her own with over 45,000 Instagram fans. She posts about home decor and design and her work as an artist and designer.She was also named Better Homes and Gardens Stylemaker in 2017 and 2018 and is a HomeGoods brand influencer.

Posted Jun 5, 2019 at 4:19 PMUpdated Jun 5, 2019 at 4:19 PM
It will be a night to honor sportsmanship, scholarship and leadership. The Syracuse University Alumni Club of Rochester hosts its 60th annual banquet on June 20 at the Monroe Golf Club, and the highlights will include honoring members of the 1959 SU football team that won the national championship that year.

Sports columnist Scott Pitoniak will host a fireside chat about the historic season that saw the Orange go 11-0. Several players are expected to participate in the discussion, including Pat Stark, Gerhard Schwedes and Dick Easterly. The team was coached by the legendary Ben Schwarzwalder and featured Hall of Fame running back Ernie Davis, who two years later would become the firs

t African American to win the Heisman Trophy, presented annually to the top player in college football. SU capped its No. 1 ranking with a 23-14 victory over second-ranked Texas in the Cotton Bowl on New Year’s Day, 1960.

Six scholarships will be awarded to Syracuse University students from the Rochester area who will return to campus in the fall for their senior year. The $1,000 scholarships are given to deserving students, funded by donations from generous Rochester Alumni Club members and supporters. Samuel Brundage, the alumni who founded the local scholarship fund 60 years ago, will be recognized for his commitment to helping Rochester area students continue their education.

Additionally, the 2019 SUAC Rochester Distinguished Alumni Award will be presented to Amie Freling-Brown, of Pittsford. Brown graduated in 1989 with a degree in illustration from the College of Visual and Performing Arts. She is a nationally recognized interior designer and was recently named one of the five “Rochester’s Influencers” to follow. Freling-Brown began using social media to monitor her teenage daughter’s activity, and now she herself has an Instagram account featuring her design work with thousands of followers. Her blog is read by 11,000 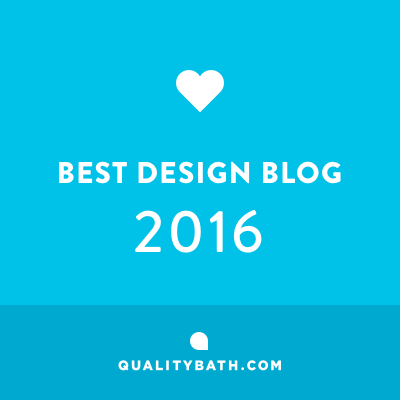 readers monthly. She has been named a Better Homes and Garden Style Maker for three years in a row and her nursery design was a HGTV/Sherwin Williams DIY contest winner.

The 2019 Community Service Award will be presented to Wendy and David Dworkin (’91), who have been long-time supporters of SU sports teams. The pair met while students, and developed a personal and professional partnership that led to their marriage and the establishment of LLD Enterprises. They have become community leaders through their real estate development projects, ownership of the Rhinos Soccer team and continuous support of educational programs like the Lane Dworkin Rochester Jewish Book Festival. They have repeatedly hired student interns from SU’s Falk College of Sport and Human Dynamics to mentor them in sports management roles. In 2006, they both were recognized by Syracuse University as Young Alumni of the Year.

Community members and alumni are encouraged to attend the banquet and support the continuation of the scholarship program. Tickets and sponsorships are available through rocorange.com.

BEFORE & AFTER. When your kitchen becomes your pan

Jingle🔔Bells! Finally, I got out of bed today.

Another home is done and in the books! We took a b

DAY 365. A year ago we began this build. Another l

It’s a Sunny🌞Fall morning! I was away all las

It was a busy rainy Monday. I must have been the o